How to get from the airport to the city center

The Vienna International Airport (VIE) in Schwechat is about 20 km away in the southeast of Vienna. Train lines S7 and S2 (suburban railway “S-Bahn”) as well as the City Airport Train (CAT) connect the city center with the airport.

You can also take a taxi for your convenience, a taxi fare is at about 30 Euro.

The CAT takes just 16 minutes nonstop to get from central Vienna to the airport and vice versa. The City Airport Train operates daily from 05.36 a.m. to 23.36 p.m. The City Air Terminal is just 10 minutes from St. Stephan’s Cathedral at “Landstraße – Wien Mitte” station, which can be reached easily by tram, tube, bus or taxi.

Getting from the airport to the Conference Venue

Address of the Conference Venue:

The closest underground stop is “Taubstummengasse” (U1). 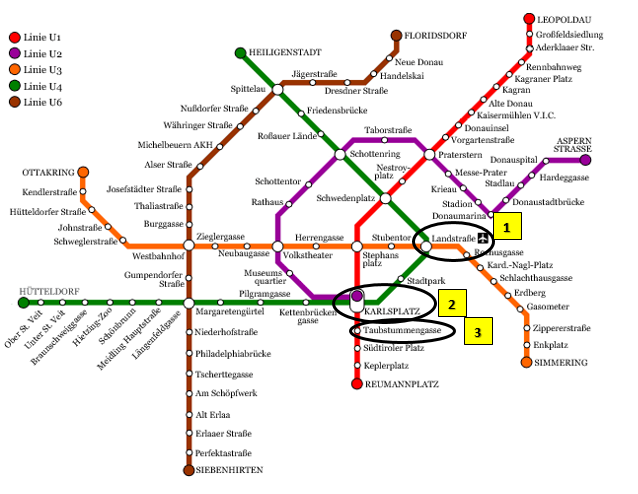 From the underground to the Conference Venue (Vienna University of Technology) 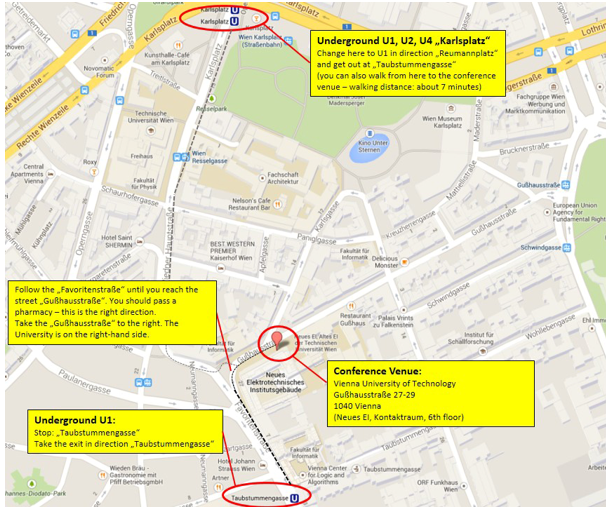 Thank you for attending DBSec'14! We hope you enjoyed the conference and Vienna!

What to do in your free time during your stay in Vienna?
Events Vienna July

Read more about the social events.

Venue and Travel Information can be found now here.

We are proud to announce our keynote speakers at DBSec'14.

The program of DBSec'14 is online.

The list of accpeted papers can be found here.

The submission deadline has been extended to March 10, 2014!